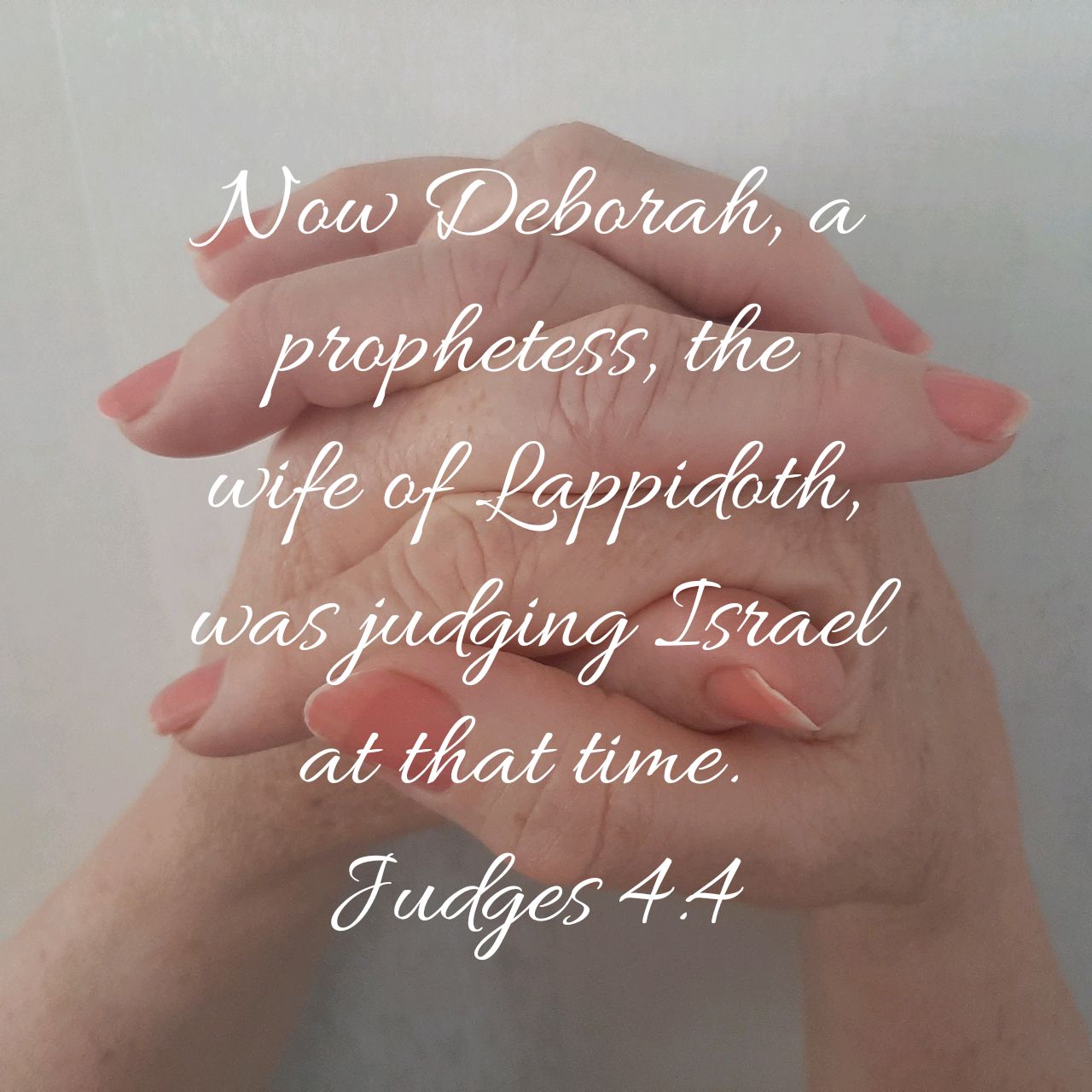 Born thirteen centuries before Jesus, Deborah grew up in a “man’s world.” It was, in Biblical history, the time of the “Judges,” priests, military leaders, and foreign kings. Deborah lived while the Israelites were being tested by God because of their unfaithfulness towards Him.

Deborah was married to Lapidoth. She was a mother and a homemaker. She had the humble task of looking after the tabernacle lamps which was a lowly occupation, but one fitting for a woman who would later become the spiritual light the children of Israel so desperately needed.

Why did God make Deborah a judge? The Israelites were too tired and discouraged to fight. In Judges chapters 4 and 5, they needed someone to inspire them, and the Lord chose obedient, trustworthy Deborah. She used the place of trust and authority she had been given as a judge, to inspire Barak, the leader of Israel at that time, to raise up an army.

Barak realized that Deborah had great spiritual insight so he would not go into battle without her. Deborah went armed with courage and strength from Almighty God Who orchestrated a victory for the Israelites.

When Deborah went home victorious after the defeat of the enemy, she never took any credit but gave all the credit to God. [You can read her song in Judges 5]. Deborah drew her courage from the One Person who is always there…” from everlasting to everlasting.” Judges 5 ends with these words: “And the land had rest for 40 years.” [They came to rest because of D’s obedience!]

What characteristics are you known for as a student, a housewife, a mother, a worker, or a pensioner? Deborah’s life reminds us that we need to be available for God and for others, to use our time wisely on what God gives us strength to do and not worry about what we cannot do. Like Deborah, we too need to be courageous, honest, sincere, confident, ready to serve, humble and trustworthy.

← Kiitollinen! As we approach Christmas... →
X