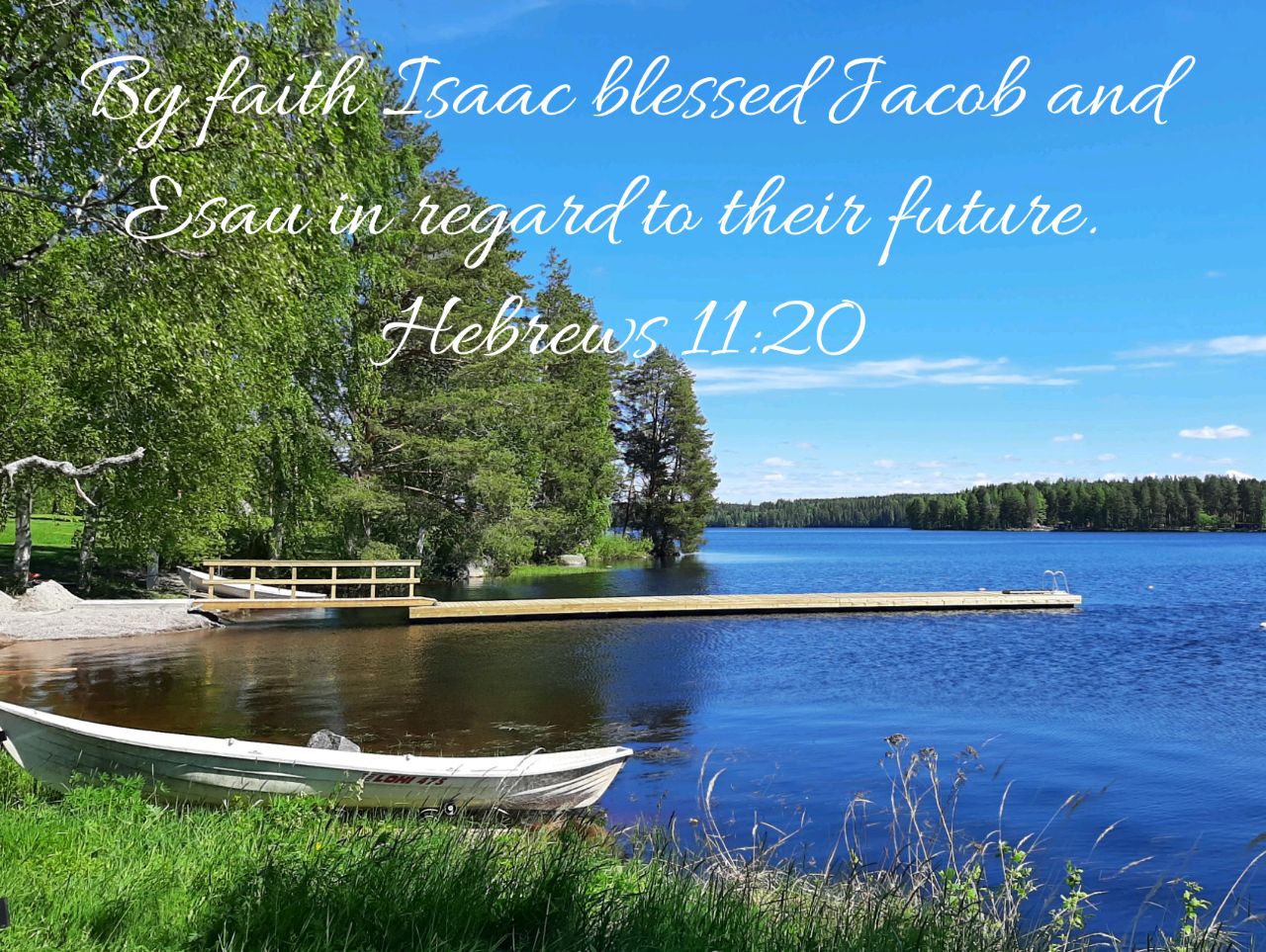 Last week we looked at Abraham’s faith which he displayed during very difficult circumstances when God asked Abraham to sacrifice his son Isaac. Isaac, Abraham’s son, was the next one who exercised faith. David Pawson tells us that the act of Abraham attempting to sacrifice Isaac is often shown as Isaac being a young boy, but he says that the opposite is true when one studies the chronological order of happenings in this story. Isaac must have been a young man in his early 30’s. He was old enough and strong enough to fight against his father when he was laid upon the altar of sacrifice, but Isaac submitted to the altar of sacrifice WITH FAITH. [This act is a foreshadow of Jesus willingly being offered as a sacrifice on the Cross and being resurrected again.]

In Hebrews 11, only one verse is devoted to the faith-life of Isaac. Verse 20 says -> ”BY FAITH Isaac blessed Jacob and Esau concerning things to come.” Andrew Davis, a Bible teacher, writes that “…faith is the eyesight of the soul and spirit.” Isaac’s act of faith was TOTAL BELIEF that whatever God says is true. He spoke a blessing over each son, each one very different, but Isaac had no doubt that both would be fulfilled, and that this blessing was prophetic – it was concerning things to come. Isaac was almost blind when that took place in Gen. 27. He had been deceived by Rebecca and Jacob. Isaac thought he was blessing Esau when he blessed Jacob, he did not purposefully give Jacob the PATRIACHAL blessing, BUT it was the will of God that he should do so. God never makes mistakes!

Isaac was SURE that he had spoken God’s words. THIS IS FAITH! “Now faith is the assurance/confidence/reality of things hoped for, the conviction/certainty and evidence of things not seen.” [Hebrews 11:1]

Father Lord God, Jesus my Saviour, and Holy Spirit my Guide, please forgive me when my faith is weak, when I stumble and hesitate. Please help me to be SURE of my faith which You implanted in me when You rescued and saved me. Help my faith to grow, like a mustard seed, into a steady, strong, and faithful tree which will stand firm against the winds of doubt and anxiety. I thank You for hearing my prayers and for helping my faith to grow. Amen