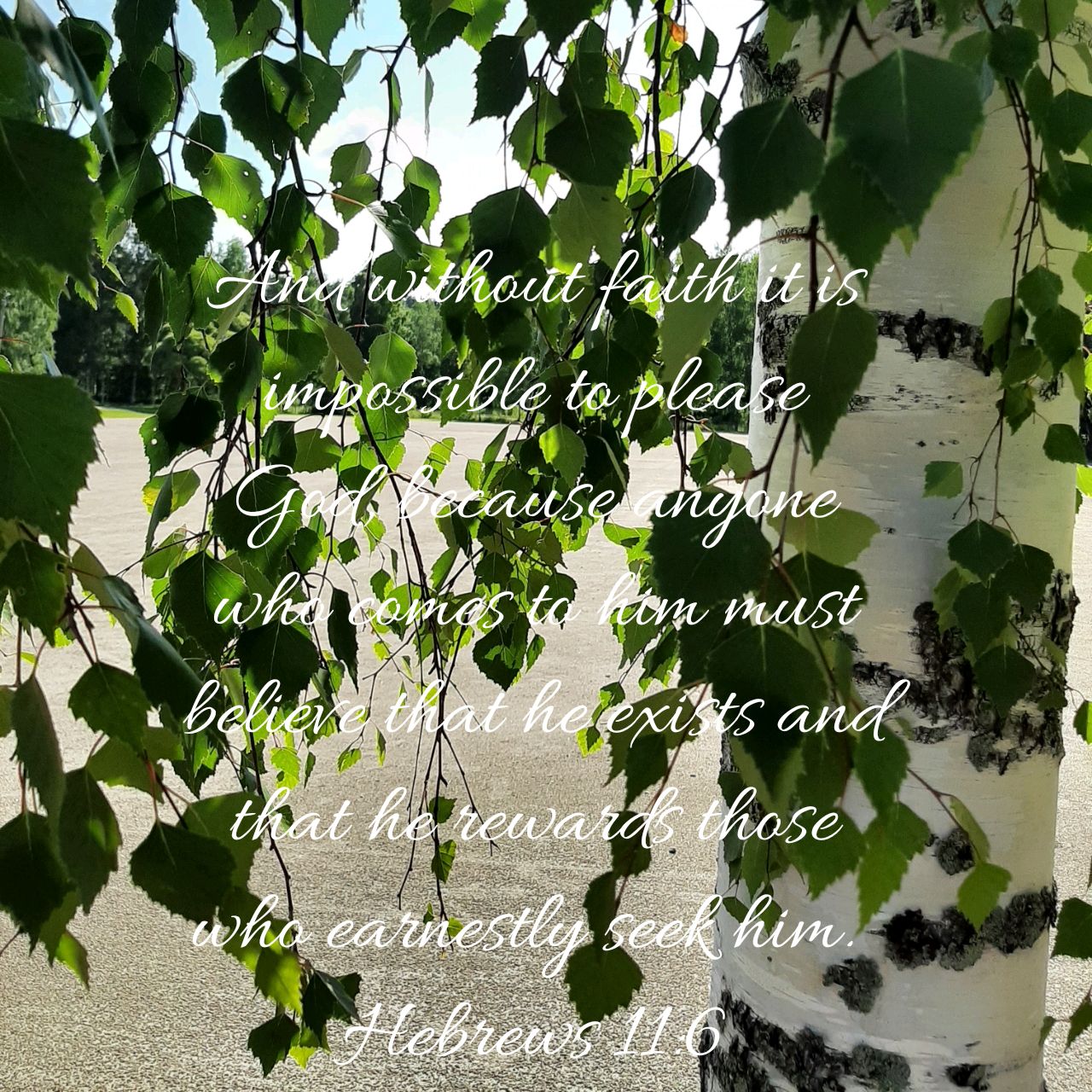 Heb. 11:6 says, “And without faith it is impossible to please God, because anyone who comes to Him must believe that He exists and that He rewards those who earnestly seek him.” Faith is rooted in a Saviour who triumphed over death!

In James 2:14 – 17 we read, “What good is it, my brothers and sisters, if someone claims to have faith but has no deeds? Can such faith save them? Suppose a brother or a sister is without clothes and daily food. If one of you says to them, “Go in peace; keep warm and well fed,” but does nothing about their physical needs, what good is it? In the same way, faith by itself IF it is NOT accompanied by action, is dead….”

James continues, “Was not our father Abraham considered righteous for what he did when he offered his son Isaac on the altar? …his faith and his actions were working TOGETHER, and his faith was made complete by what he did. And the scripture was fulfilled that says, “Abraham believed God, and it was credited to him as righteousness…In the same way, was not even Rahab the prostitute considered righteous for what she did when she gave lodging to the spies and sent them off in a different direction? As the body without the spirit is dead, so faith without deeds is dead.”

Here James illustrates genuine faith through the lives of Abraham and Rahab, who were two totally different persons! Abraham was a Jew; Rahab was a Gentile. Abraham was a godly man, but Rahab was a sinful woman, a prostitute. Abraham was the friend of God, while Rahab belonged to the enemies of God until she accepted God as her Only Lord. What did they have in common? Both exercised saving faith in God.

Faith brings salvation but real living, true faith will be accompanied by obedient deeds which prove the genuineness of our faith. Rahab’s story is especially powerful for she was not a heroic person like Abraham. Her story is found in Joshua 2 where she saved Israelite spies who later saved her and her family when they captured Jericho. Rahab exercised real faith. Her heart was stirred by the truth and her will acted on James 2:26 which sums up the entire discussion. ”For just as the body without the spirit is dead, so also faith without works is dead.”

“A true, living faith is not something you have to carry, but something that carries you.” [Quote by Oldham] How real is your faith? Just look at your deeds and you will know.

Precious Lord Jesus, please help my faith to mature and grow into a genuine, active faith that will do the good deeds You require me to do, to be Your caring hands and heart in a dying, desperate world which needs Your love and forgiveness. I love You and am willing to be used by You. Amen