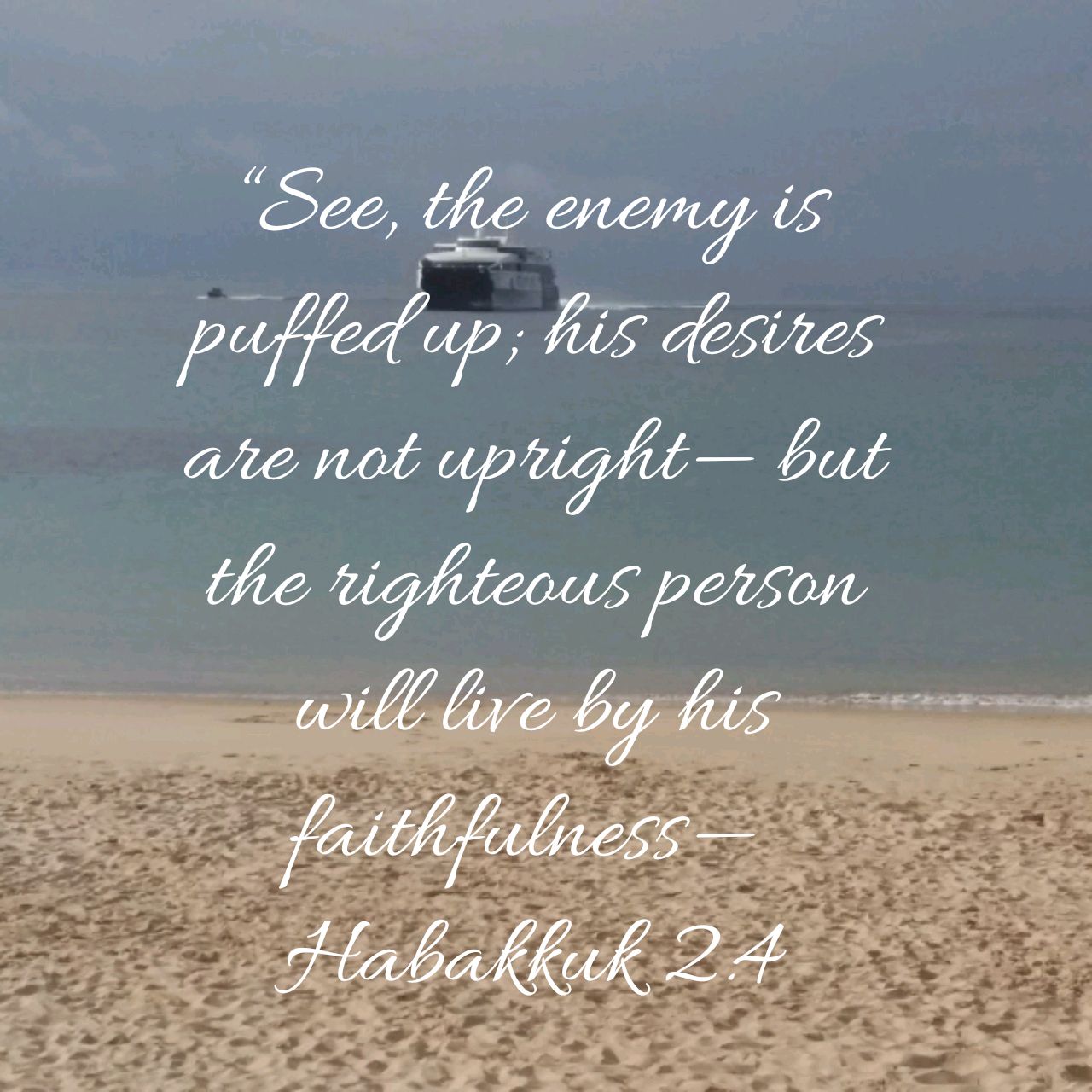 One of the most difficult periods of Biblical history occurred more than 2,500 years ago, when Babylon destroyed Nineveh and later Jerusalem. Waves of destruction came to the holy city, first in 605 BC, then in 597 BC, and total demolition later in 586 BC.

God’s prophets, like Isaiah, told of the coming disasters decades ahead of time. As did the humble, not well-known prophet, Habakkuk, who has a strong message for us today too.

Habakkuk never spoke directly to the people, but with God and God’s surprising work in him, himself. First, Habakkuk asked, “How long, O Lord?” about the wickedness he saw around him. God did not promise the anxious prophet that soon He’d make things better, but that things would get much worse before they got better. Utter devastation will come first, then deliverance. God called His people to trust and that “the righteous shall live by FAITH.” [Hab. 2:4]

Habakkuk spoke again in chapter 3, saying that first he would EXERCISE PATIENCE [Hab.3:16] even as present distresses unfolded. Then he said, that despite all the difficulties, he would “REJOICE IN THE LORD.” -> “Though the fig tree shall not blossom, nor fruit be on the vines, even though the produce of the olive fail and the fields yield no food, and the flock be cut off from the fold and there be no herd in the stalls, yet I will rejoice in the Lord; I will JOY in the God of my salvation. [Hab. 3:17-18]