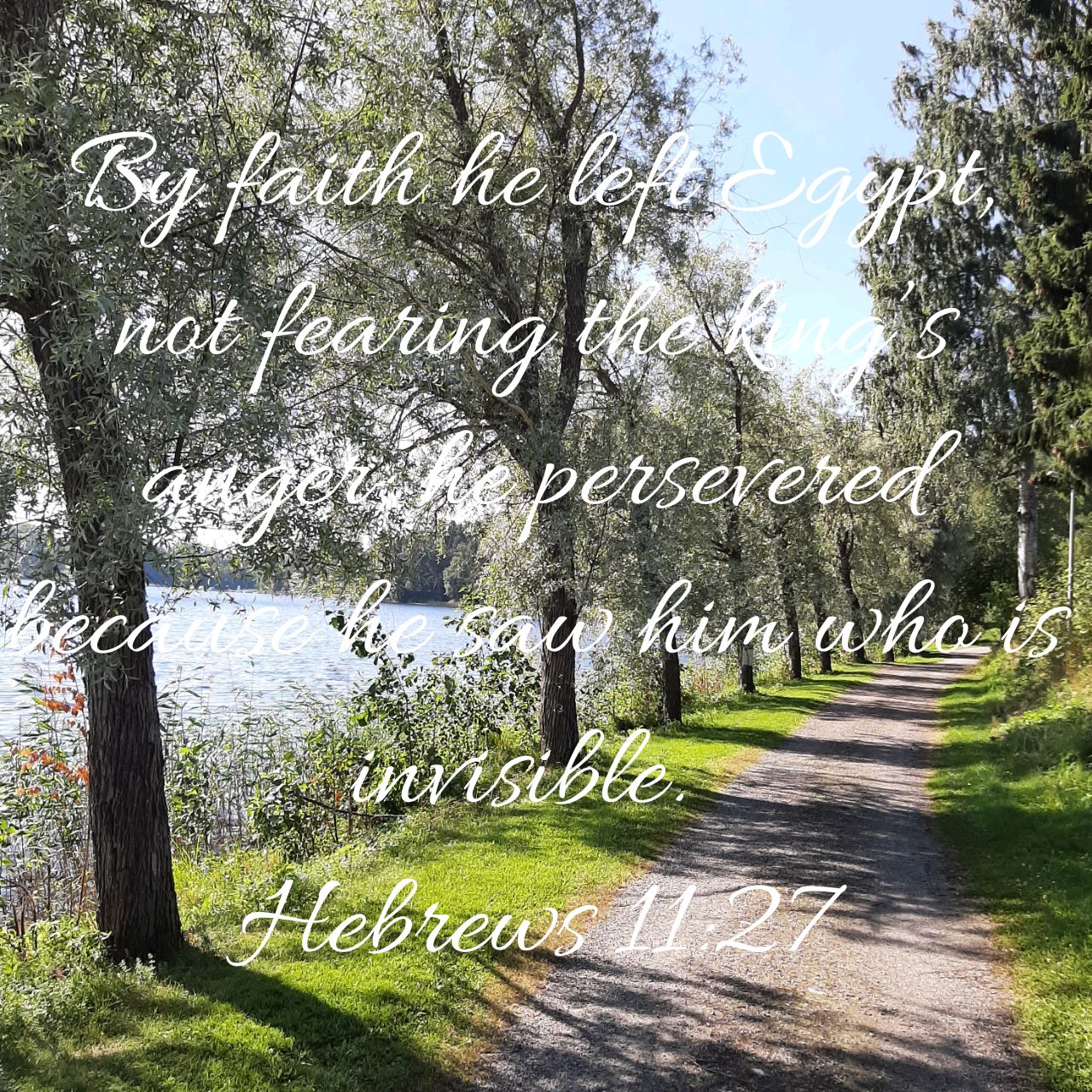 Amram and Jochebed, the parents of Moses, showed great faith when they refused to fear and obey the edict of Pharaoh to kill all the Hebrew baby boys. They hid and saved their baby son Moses whom God planned to use to save the enslaved Israelites. [Heb. 11:23]. Later, Moses showed the same faith-motivated courage when he went out from Egypt, not fearing the king – “By faith he left Egypt, not fearing the king’s anger; he persevered because he saw him who is invisible.” [Heb. 11:27]

Moses kept his eyes on the invisible One who sent him. Even though Moses initially made excuses to NOT lead the Israelites out of Egypt, he came to realize that God would be with him and help him. Moses did not let the possibilities of danger keep him from trusting God’s promise to redeem His people (Ex. 3:15–22). He led them out anyway.

True faith should not let the threat of danger keep us from obeying the Lord. When Christ calls us to do something for Him, the secret is to keep our eyes focused on Him through faith. When God commanded Abraham to offer his son Isaac to Him, Abraham did not hesitate, but he fixed his eyes on his Lord and knew that He would make a plan to save his son. The Berean Bible translation of James 2:22 says, concerning Abraham – “You see that his [Abraham’s] faith was working with his works, and BY his works, his faith was perfected.”

It was by faith that Moses also kept the Passover, sprinkling the blood of the lamb on the doorposts and lintels of the Israelite houses, which spared the Israelite firstborn sons from death. [Heb.11:28] It was by faith that Moses struck the Red Sea and it parted to allow the Israelites to cross over to safety. Moses kept his eyes on his God and not on his weaknesses. My NIV Study Bible says – “God did not give Moses new abilities and strengths. He did not change who Moses was. Instead, He took Moses’ characteristics and moulded them, until they were suited to His (God’s) purposes.”

Precious Father God, thank You that when I keep my eyes and heart and mind focused on You, that I am enabled to obey Your calling and do what You desire me to do for You. Please mould and shape me according to Your plans and purposes so that I can, by faith, be Your heart and hands of love to those in a needy world. In Jesus Name I pray, Amen