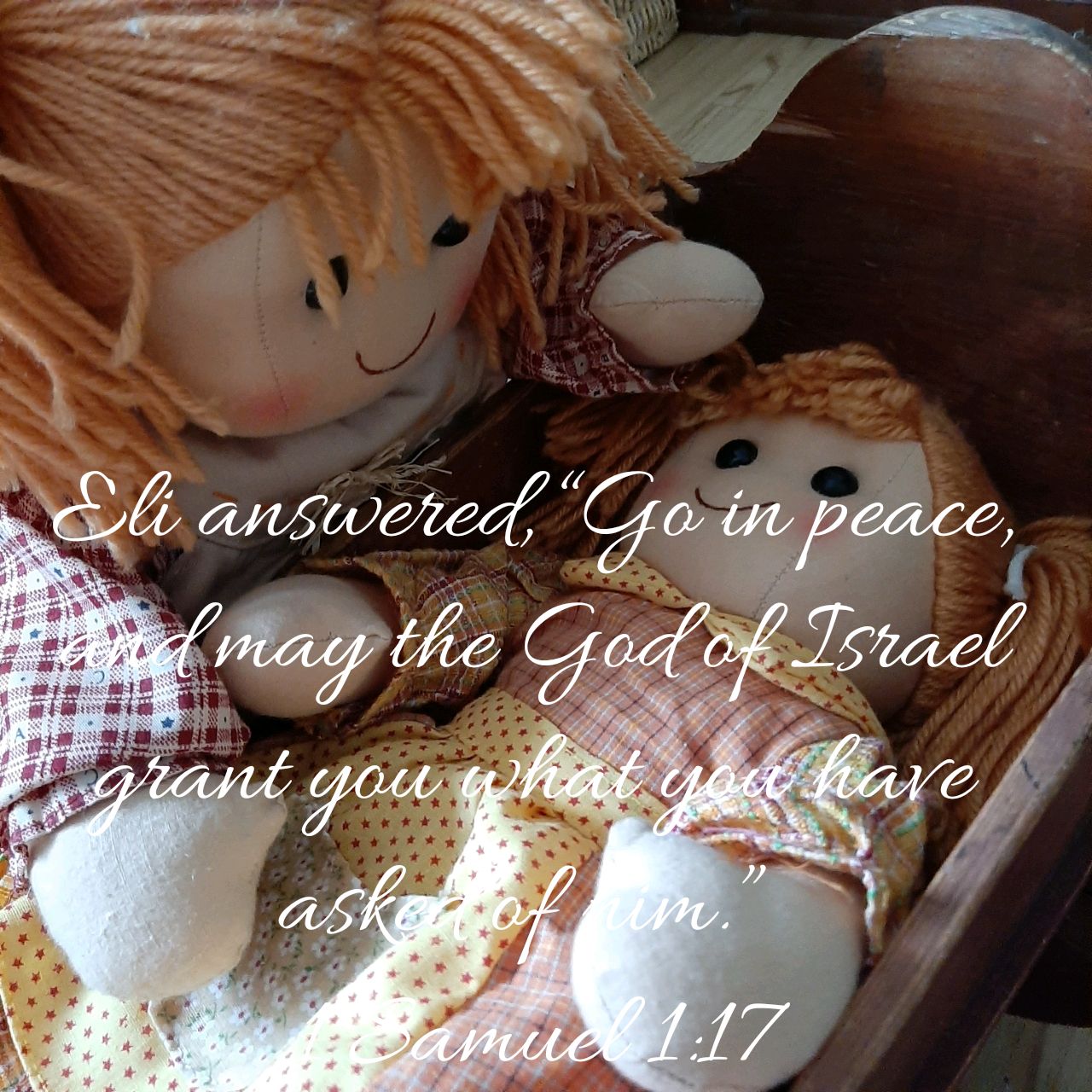 In 1 Samuel 1:10, 11 we read “In her bitter distress, Hannah prayed to the LORD and wept with many tears. And she made a vow, saying, “Lord Almighty, if you will only look on your servant’s misery and remember me, and not forget your servant but give her a son, then I will give him to the Lord for all the days of his life, and no razor will ever be used on his head.”

God heard Hannah’s prayers and “And in due time Hannah conceived and bore a son, and she called his name Samuel, for she said, “I have asked for him from the Lord.” [V.20]

Samuel needed to be born at a crucial time in history. Father God needed Hannah to be at a place where she was willing to allow Samuel to be brought up by Eli and be raised as a priest. God’s purposes were far greater than granting Hannah her desire for a baby when she earnestly wanted one sooner. God had a plan that needed Samuel at the right place, at the right time, throughout his life.

Hannah’s faith was such that she trusted her heavenly Father. She had gone through much suffering when Peninnah, who was Elkanah’s other wife, mocked and insulted her because she could not have children. But once the priest told her that God would indeed give her the desires of her heart, “she went her way and ate something, and her face was not downcast… [1 Samuel. 1:18] Hannah was no longer depressed because she trusted and believed in her Lord’s promises which came to pass at the right time.

It must have been terribly difficult for Hannah to take her only child, the son she had prayed for, for many years, to the temple to serve there when he was weaned [probably only 3 years old]. As hard as it was, Hannah kept her word to her God. She had the kind of faith that knew and believed that God’s purposes for her child were far bigger than her own wishes. She somehow knew she had to let Samuel go and her obedience reaped plenty of beautiful fruits as Samuel grew up. In Acts 3:20 Samuel is portrayed as the last of the judges and the first of the prophets. He was known as a most important seer, priest, judge, prophet, and military leader.

Loving Father God, please forgive me when I do not trust Your timing in my life. Thank You for Hannah’s example of faithful prayer and a faith which had wonderful, long-range, excellent consequences. Please help me to watch and pray with a thankful heart and to trust You in EVERY area of my life. Amen